UPDATED: There is a thread about the Packard Monte Carlos >>HERE<< at PackardInfo.com

Before the Chevrolet Monte Carlo, there was the Packard Monte Carlo …… and Packard’s Monte Carlo appeared twice – first in 1948 and again in 1953 as an entirely different car than the first one.

Stylist Richard Arbib, working for the custom body builder, Henney, took one of the notoriously ungainly “bathtub” post-war Packards (1948-1950) and created from it what was the best version of that unhappy design. Arbib almost succeeded in making a silk purse from a sow’s ear! Arbib’s Monte Carlo was a two door hardtop, coming just as General Motors was introducing that body style. Arbib’s design didn’t get past the one-off stage as the John Rinehart-designed ’51 Packards were being tooled for and the investment for tooling for the Monte Carlo on the “bathtub” body shell didn’t make financial sense as none of the body or trim components could be used on the upcoming ’51s.

You can see why these cars earned the unflattering sobriquet of “upside-down bathtub” or even worse, “pregnant elephant.” This is what Arbib had to work with but he nonetheless came up with a neat design. It’s too bad that it came too late in the design cycle to see production. Arbib’s Monte Carlo was stylish enough to go head-to-head with Cadillac’s new Coupe de Ville hardtop, except that Cadillac had its fine new overhead valve V-8 and Packard was still using its excellent but antiquated L-head straight eight. Here’s Arbib’s design: 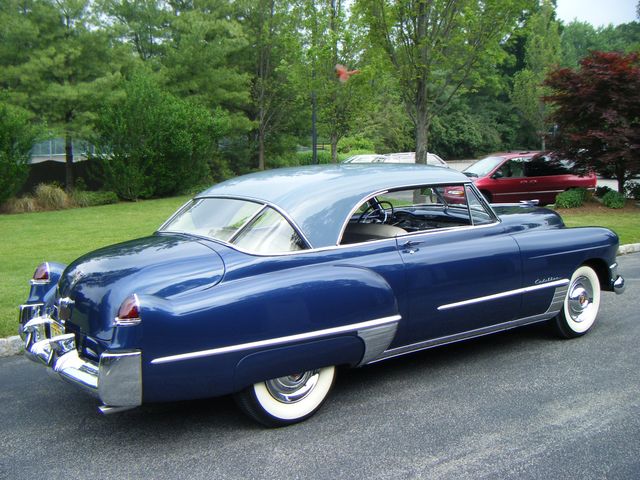 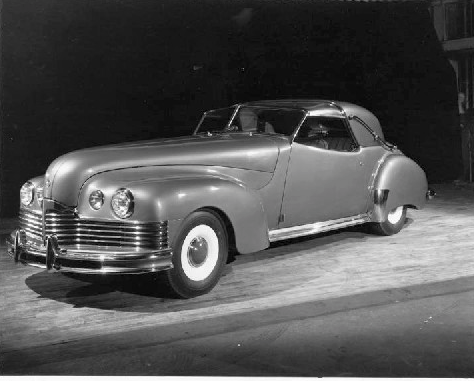 With the arrival of James Nance as president in 1952, Packard started playing catch-up in the race against Cadillac. A nice looking hardtop, dubbed the Mayfair, was introduced in 1951 along with the rest of the new Packards. With the ’51s, Packard continued building “junior” and “senior” series cars. The “junior” 200 series cars were built on the 122″ wheelbase. The “senior” 300 and 400 series cars were built on the 127″ wheelbase. The hardtop and the convertible were built on the 122″ “Junior” wheelbase used by the 200 series, but these cars were given the larger 327 cubic inch engine used by the “senior” cars while the 200 series used the 288 cubic inch straight eight engine. As the Mayfair and convertible were something of a hybrid between the “junior” and “senior” series cars, they were referred to as the “250 series.”

A slew of show cars came from Packard, including the Arbib-designed Pan American which begat, in 1953, the Caribbean. Stylist Richard Teague came to Packard in 1952 and translated Arbib’s Pan American design into the production Caribbean. The Pan American was a production Packard convertible with the body sectioned.

Teague also did a show car for Packard for 1953, the Balboa, of which two were built for Packard by Henney. The brochure for the Balboa touts that the rear window would retract for improved fresh air ventilation, though the window would not, in fact, roll down on the two Balboas as built. The idea of the retractable window resurfaced on the ’56 Packard Predictor show car as did the general shape of the Balboa’s “C” pillar.

After Packard folded, Nance went to Lincoln-Mercury and that “C”-pillar design appeared on the ’58-’60 Lincolns and later on the ’63-’66 Mercurys. The idea of the retractable rear window came along with the Balboa-inspired “C”-pillar on those Mercurys, where it was known as the “Breezeway window.”

Arbib, still at Henney, took two ’52 Mayfair hardtops at Packard’s behest, borrowed the bumpers, grille and other trim elements for the ’53 Packards, cut part of the roof away and created his second iteration of the Monte Carlo. One was painted red and white, the second was two-tone blue. While the fate of the original Monte Carlo is uncertain*, the two ’52-’53 versions survived and are owned by Packard collector Ralph Marano, who also owns the two Balboas.

* It is widely believed that the original Monte Carlo was cut up but that pieces of it survived. A few years back, a badly deteriorated ’48 Packard convertible surfaced that had the Monte Carlo side trim and scripts on it, although not in precisely the same fashion as on the original Arbib-designed Monte Carlo. It is unclear to me where this car came from nor do I know if it has been restored. There was some discussion of it at the Packard Info website, but no one seems to know more than I know about the convertible Monte Carlo. There is some speculation that a production ’48 convertible was fitted with the Monte Carlo trim after Arbib’s prototype had been broken up but who did it and when is not (to the best of my knowledge) known. 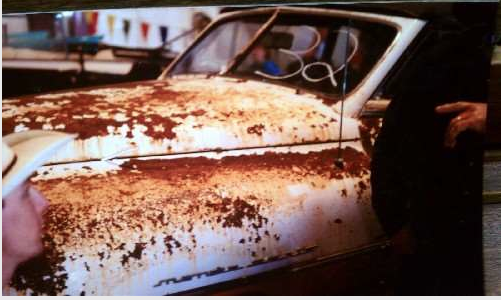