We begin our story today “down under” in Australia where in the mid-1930s, a farmer’s wife wrote Ford of Australia asking them to build a vehicle that could haul farm goods during the week but be comfortable enough to drive to church on Sundays. Ford of Australia, sensing an untapped market, went to work on the idea and produced the world’s first “Ute,” mating a passenger car front body half to a pick up truck bed. Thus was born a staple in the Australian/New Zealand car markets that continues to this day.

The world’s first “Ute,” introduced by Ford of Australia in 1934

Thousands of miles away, in South Bend, Indiana, Studebaker had a similar idea. Thus far, I haven’t been able to establish whether or not Studebaker was inspired by what Ford had done in Australia, but in 1937, Studebaker introduced to the U.S. the same concept as Ford’s Ute in Australia, the Studebaker Coupe-Express. This was done by mating a clip of the Studebaker Dictator 2 door body from the “B”-pillar forward to a pick up bed and mounting it on the Dictator chassis and running gear. A double wall all-steel pick up box was fitted to the rear. It had a half ton carrying capacity. The Coupe-Express was also offered without the pick up box so that custom applications could be fitted. The Coupe-Express was a nifty idea, and a prophetic one, even if it wasn’t recognized as such at the time.

The Coupe-Express was powered by the larger of Studebaker’s L-head six-cylinder flathead engines and mated to a 3-speed manual transmission. A Borg-Warner 3-speed transmission with overdrive was optional. Other options included a radio, heater, wire reinforced sliding back window and turn indicators. Wheel options were either a stamped steel disc wheel or a stamped steel ‘artillery’ spoked wheel.

For example, the seat, ceiling, and door panels were upholstered in cloth (leather was a no-cost option) and the seatback was adjustable. Dual wipers, sun visor, safety glass, and rearview mirror were standard; so were rotary door locks for safety and easier closing.

Production for the 1937 model year was approximately 3,000 units, the high water mark for Coupe-Express production.

The truck’s passenger cab was restyled in 1938 to reflect the modernized passenger car sheet metal resulted a slightly longer pickup bed. Production for 1938 dropped to approximately 1,200 units, probably a reflection of the fact that the U.S. economy, still struggling to recover from the Depression, had dipped into recession. The faired-in headlamps of the ’38 Studebaker passenger cars were not fitted to the Coupe-Express which retained the pod type headlamp mounts used on the ’37 models. Options for 1938 included (as in ’37) leather upholstery, a metal spare tire cover, vacuum-controlled gearshift, “Hill-Holder” clutch, and overdrive with freewheeling.

The 1939 Coupe-Express was restyled to reflect Studebaker’s annual design updates. The ’39 model is the most handsome of the three years of Coupe-Express models. Production fell again for ’39 to only approximately 1,000 units. The Coupe-Express model was discontinued after the 1939 model year. 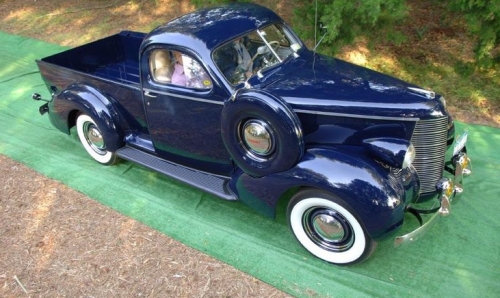 Followed by the split grille in 1939:

The two are seen together in the 1952 models: 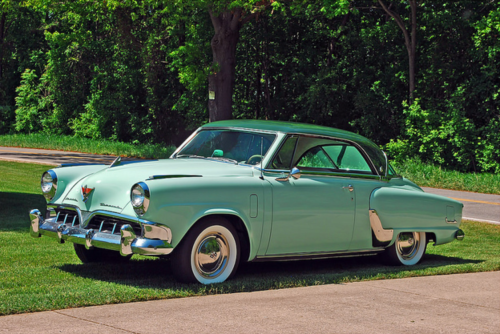 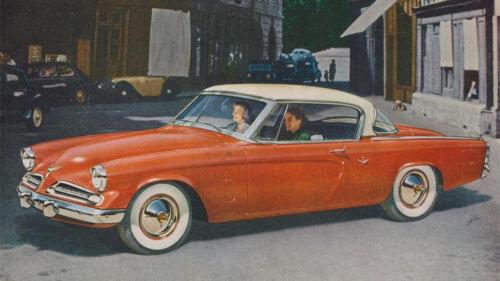 Studebaker’s industrial spies got wind of Ford’s upcoming Ranchero with a planned ’57 introduction. This prompted Studebaker, now merged with Packard, to plan a revival of the Coupe-Express for 1957. The new Coupe-Express was to be built off of the Studebaker version of the all-new Packard and Studebaker common platform. As we have recounted here previously, these ’57s were stillborn when Packard was unable to obtain financing for their launch. Ford’s U.S. Ranchero was surely inspired by the on-going success of its Ute in Australia. The Ranchero created a market in the U.S. that the Coupe-Express had failed to create 20 years before, moving Chevrolet to launch its answer to the Ranchero in 1959 with its El Camino. Studebaker’s planned ’57 Coupe-Express would have been fully competitive with the Ranchero and likely would have helped to grow the market that the ’37 Coupe-Express prophesied. All of these vehicles, starting with Ford of Australia’s ’34 Ute, anticipated the very popular cross-over vehicles so common today.

… was to have been matched by Studebaker’s revived Coupe-Express. 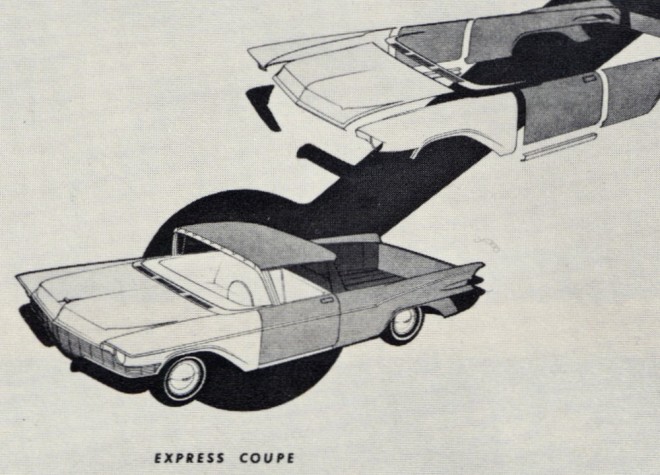 … spun off of the planned Packard and Studebaker common platform:

… all of this prompted Chevrolet to counter with its El Camino in 1959.