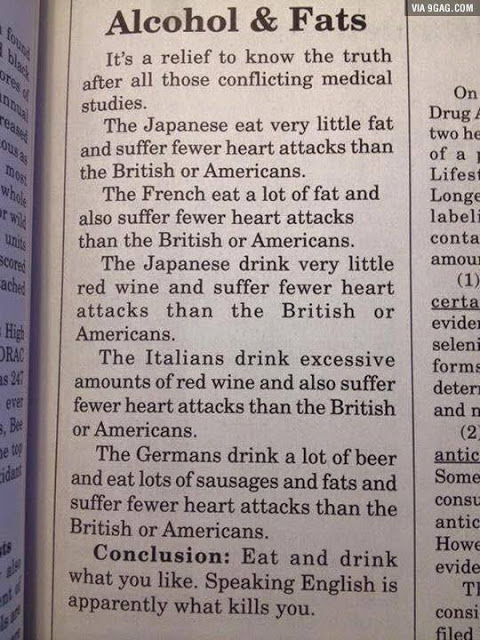 This Week’s Walmartian – No Bull Edition! 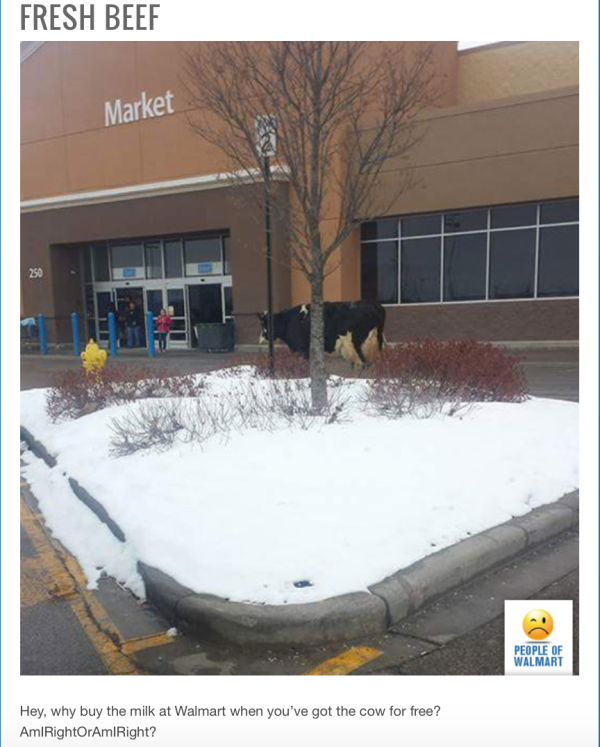 … Walmart, where the price is ALWAYS right (hat tip: “B-Squared”):

• Why Women Live Longer Than Men 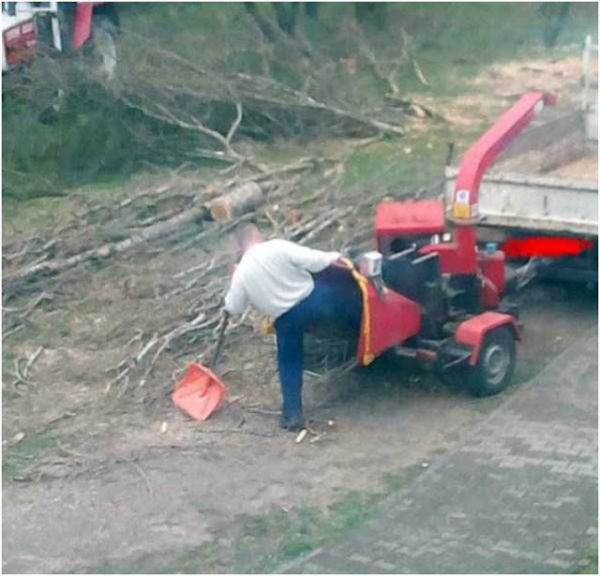 After many years of hard work, Joe rewarded himself with a long, luxurious stay at an exclusive Carribean resort.

While relaxing on the beach, he was surprised to see a former high school classmate who he hadn’t seen since they graduated. His old friend had been something of a “burnout” in high school, and this was the last place Joe expected to see him.

Joe approached the man, and seized his hand. “Pete, it’s Joe. From high school. It’s sure been a long time. You look great! You must really be doing okay for yourself.”

“I am,” whispered Pete. “I am a partner with a very successful law firm. But don’t tell mother. She got the idea that I was a drug dealer back when I was in high school, and she would be terribly disappointed if she figured out how I really make my money.”

What did the blond say when she opened up a box of Cheerios?
Oh look! Little donut seeds!

… and that, ladies and gentlemen is a natural segue to …
• Groaner du Jour 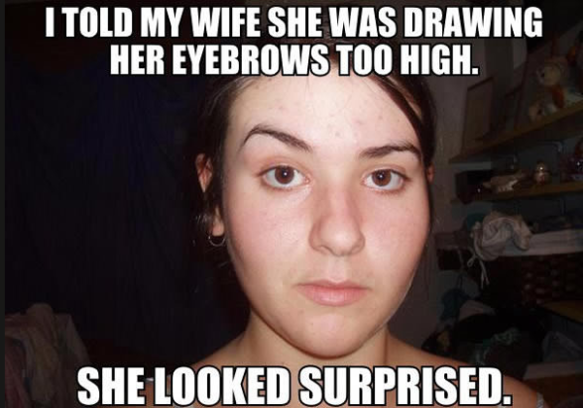 … and that brings us to …
• Wedded Bliss

• Yes, It Matters Where You Put the Price Tag 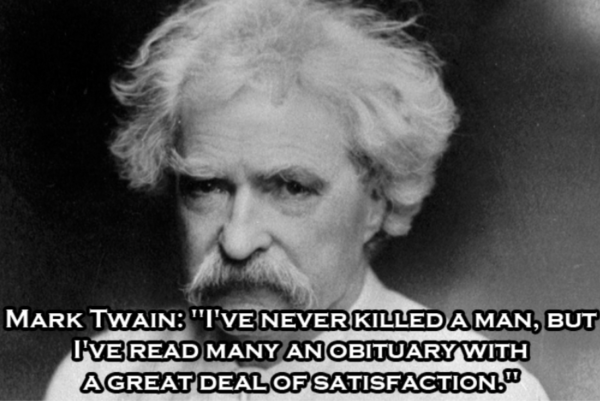 Yossele Zelkovitz worked in a Jewish pickle factory.
For many years he had a powerful desire to put his penis in the pickle slicer.

Unable to stand it any longer,he sought professional help from the factory psychologist.

After six months, the therapist gave up. He advised Yossel to go ahead and do it
or he would probably never have any peace of mind.

The next day he came home from work very early.
His wife, Sacha, became alarmed and wanted to know what had happened.

Yossel tearfully confessed his tormenting desire to put his penis in the pickle slicer.

He went on to explain that today he finally went ahead and did it, and he was immediately fired.

Sacha gasped and ran over to her husband. She quickly yanked down his pants and shorts only to find a normal, completely intact penis.

She looked up and said, “I don’t understand! What about the pickle slicer!?

Yossel replied, “I think she got fired, too.”

Two old guys, one 70 and one 75, were sitting on a park bench one morning.

The 75-year-old had just finished his morning jog and wasn’t even short of breath.

The 70-year-old was amazed at the guy’s stamina and asked him what he did to
have so much energy. The 75-year-old said, “Well, I eat rye bread every day.
It keeps your energy level high and you’ll have great stamina with the ladies.”

So, on the way home the 70-year-old stopped at the bakery. As he was
looking around, the saleslady asked if he needed any help.

He said, “Do you have any rye bread?”

She said, “Yes, there’s a whole shelf of it. Would you like some?”

He said, “I want five loaves.”

She said, “My goodness, five loaves! By the time you get to the 3rd loaf, it’ll be
hard.”

Mr. Smith is on his deathbed and knows the end is near.

His nurse, his wife, his daughter and 2 sons are with him.

He asks for 2 witnesses to be present and a camcorder be in place to record his last wishes, and when all is ready he begins to speak:

· My son, “Bernie, I want you to take the Mayfair houses.”

· My daughter “Sybil, you take the apartments over in the East End.”

· My son, “Jamie, I want you to take the offices over in the City Center.”

· “Sarah, my dear wife, please take all the residential buildings on the banks of the river.”

The nurse and witnesses are blown away as they did not realize his extensive holdings, and as Doug slips away, the nurse says, “Mrs. Smith, your husband must have been such a hard-working man to have accumulated all this property”.

The wife replies, “The idiot had a paper route!”

OK! That’s all the damage we can do this week, so until next Friday …