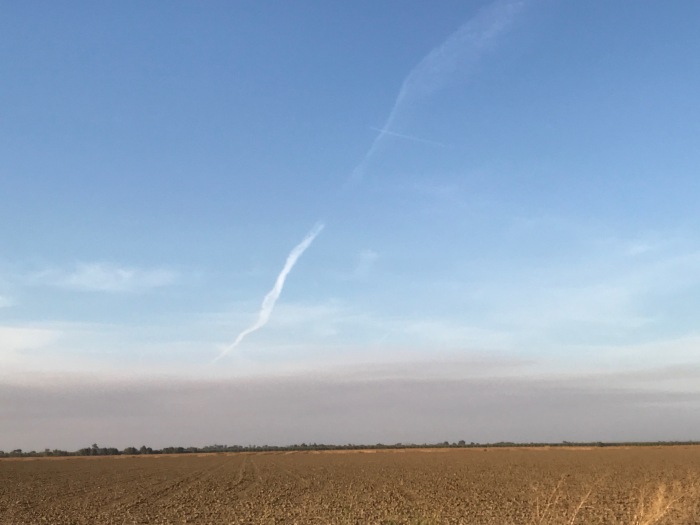 Above: a view of the hills forming the east side of the Napa Valley from Pedrick Road on the northeast side of Dixon, photo taken at 17:25 hrs Sunday 15 October. Earlier in the day, the hills were visible but a huge pillar of smoke was rising over the valley. I was unable to get a photo of that – it would have made a nice contrast with these 3 photos.  A shift in the winds in the afternoon blew the smoke down over the east side, obscuring the hills. 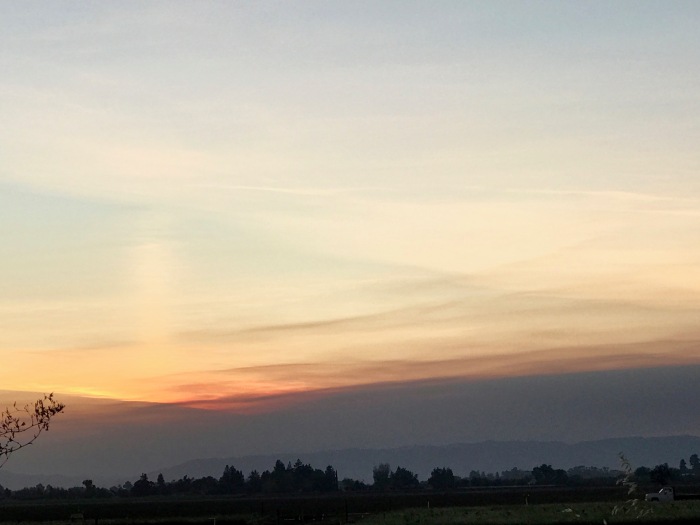 Above and below – in the setting sun, the hills are barely visible under the smoke – you have to look carefully to see them.. Photos taken at 18:50 hrs Sunday 15 October on County Road 98 just south of West Covell Blvd., Davis 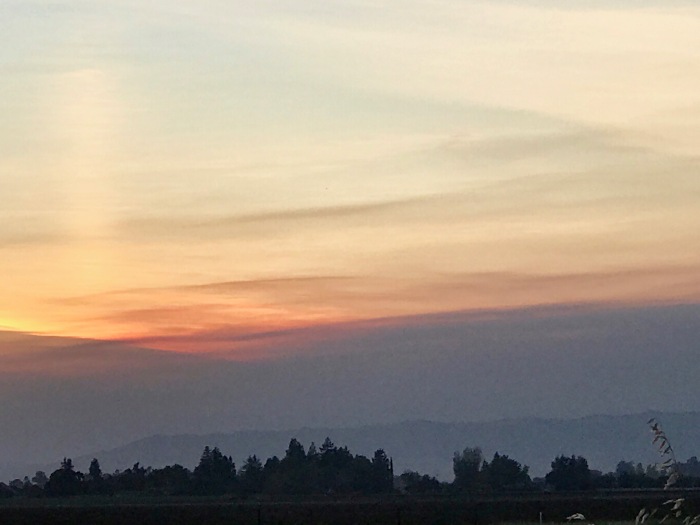 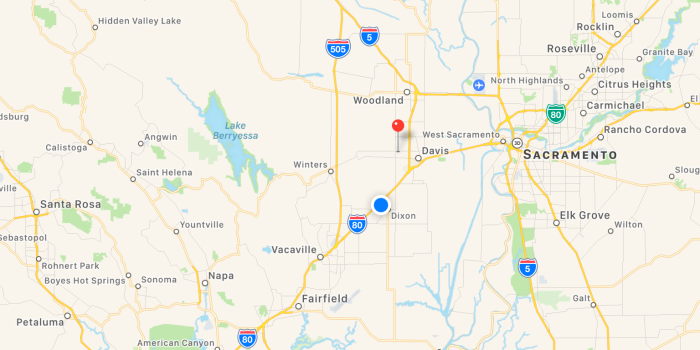 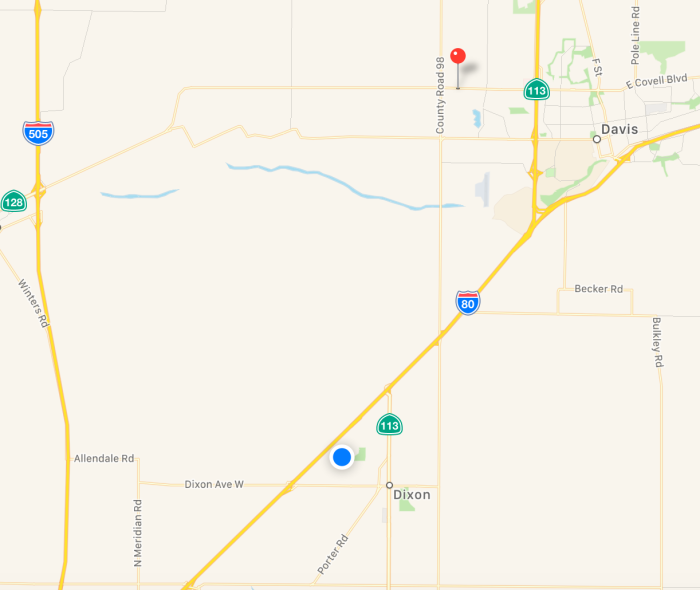 CalFire reports that the Tubbs Fire (named after Tubbs Lane where it began) around Calistoga is now 60% contained. This is good news for residents of Calistoga as they will soon be allowed to return to the town. The Atlas Fire, also in Napa County, is 65% contained after having burned almost 52,000 acres.

In neighboring Sonoma County, the news is not as good. The Nunns Fire and the Pocket Fire in Sonoma County are (respectively) only 40% and 30% contained as of Sunday night at 22:00. The Oakmont Fire, also in Sonoma County, is only 15% contained. These three fires have consumed some 60,000 acres thus far.

Here is an interesting video of Berkeley Firefighters working in Santa Rosa to help stop the fire there: 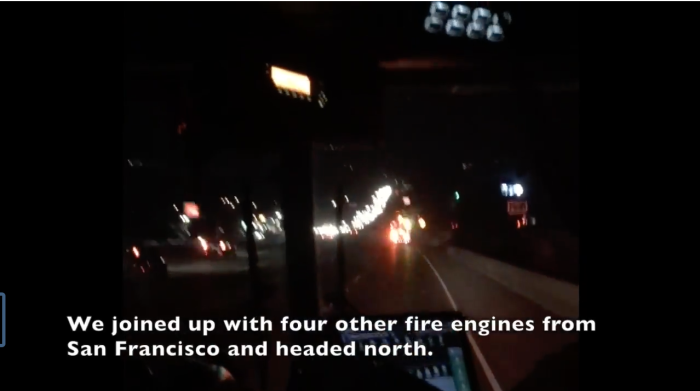 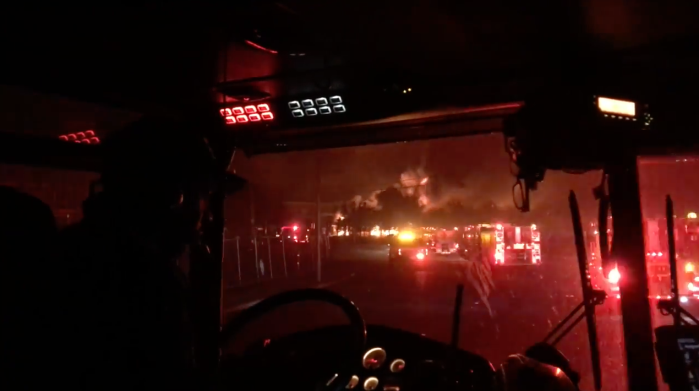 CalFire’s Map of Current California Fires
It’s as if the entire state is ablaze. 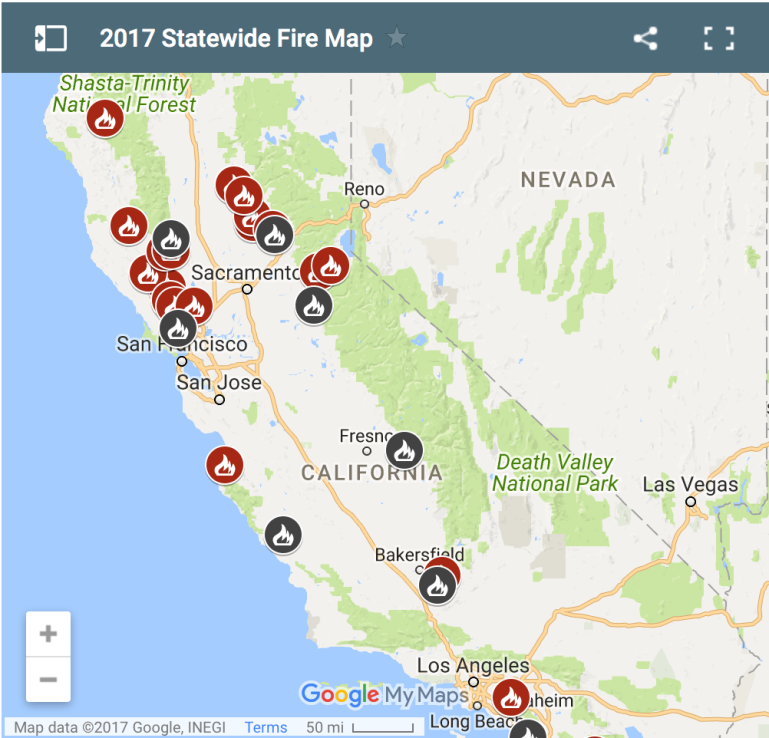