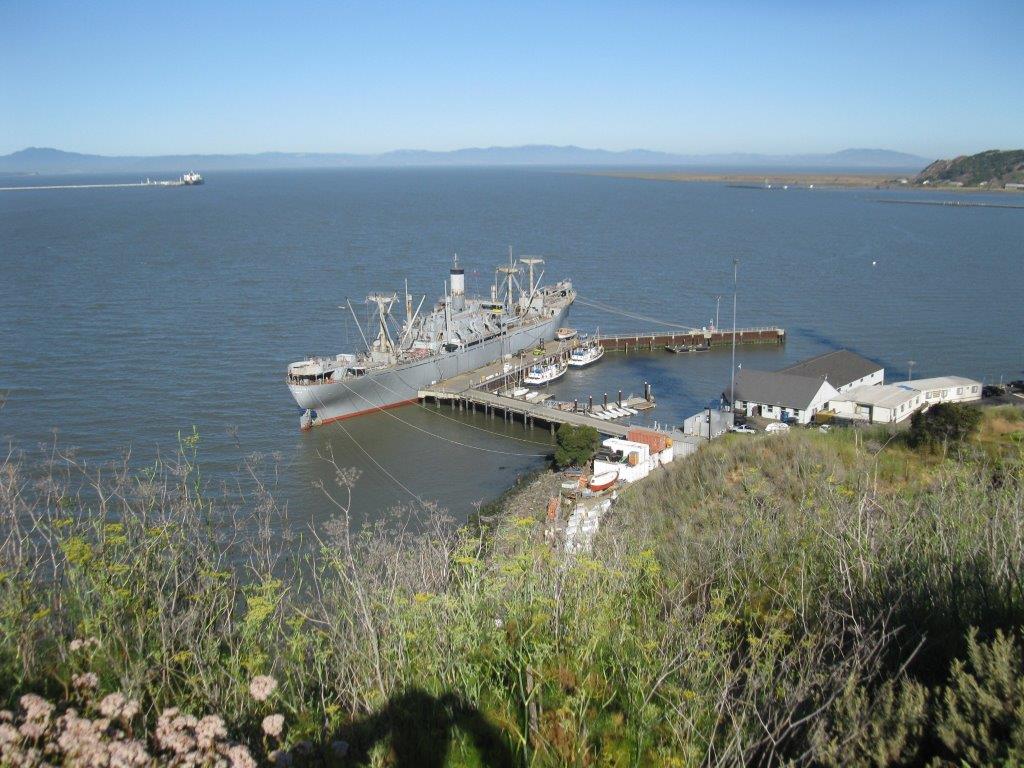 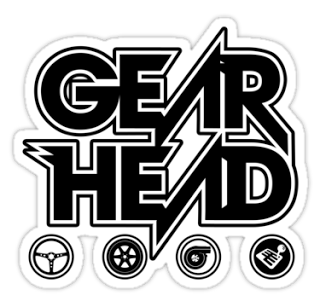 Hat tip to “Chris-to-Fear” for bringing us up to date on the “Rusty Old Vessel” and for sending the photos of her being towed from her home in Richmond, CA to the California Maritime Academy (CMA) in Vallejo, where for the first time in 50 years she made steam. She was moved to the dock at the CMA because when her boilers were lit off for the first time in so long, there was a danger that oil would be belched out of the smoke stack. All around Red Oak Victory’s home in Richmond are docks full of cars imported from Asia. No one wanted to risk oil getting on the new cars.

Red Oak Victory is one of three surviving Victory ships built in World War II. She was built in Kaiser’s Richmond shipyard near where she is now usually docked and is being restored. “Chris-to-Fear” worked as a volunteer restoring the ship for a number of years and will do so once again next year after retiring from his “day job”. 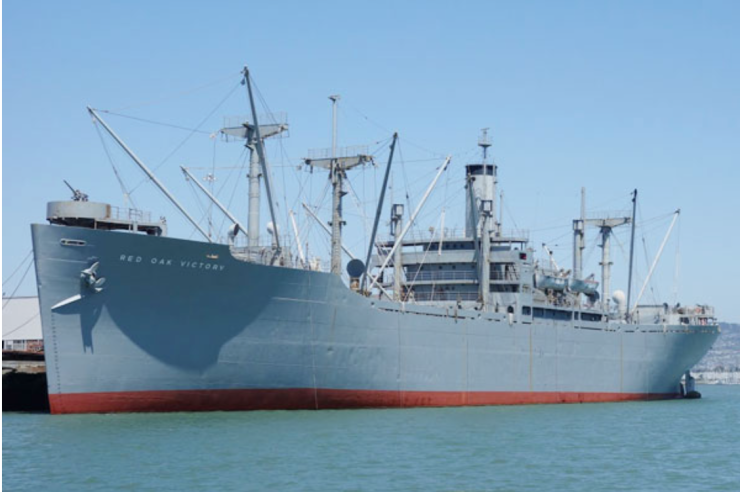 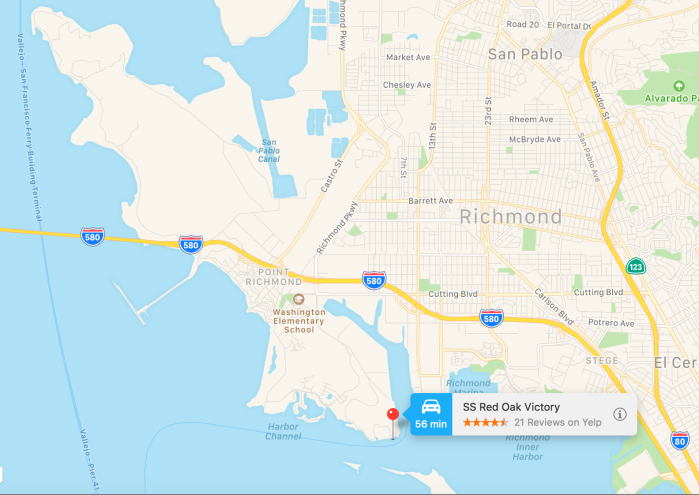 Tugs begin pushing her out at the beginning of her journey to Vallejo: 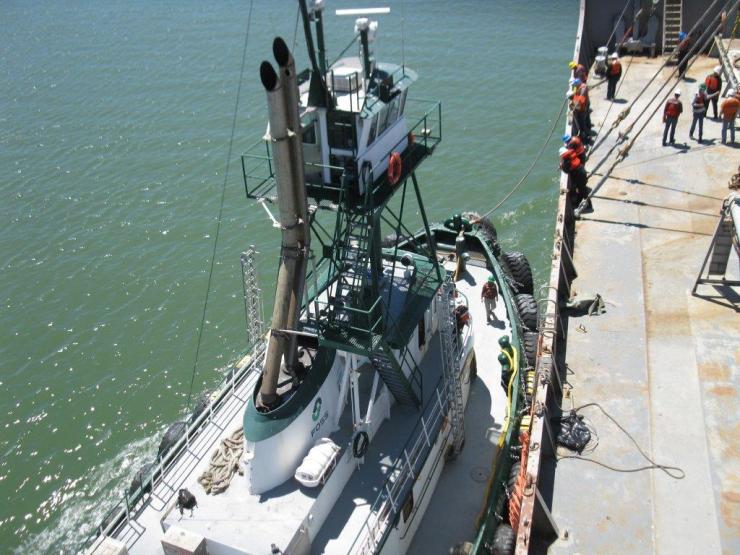 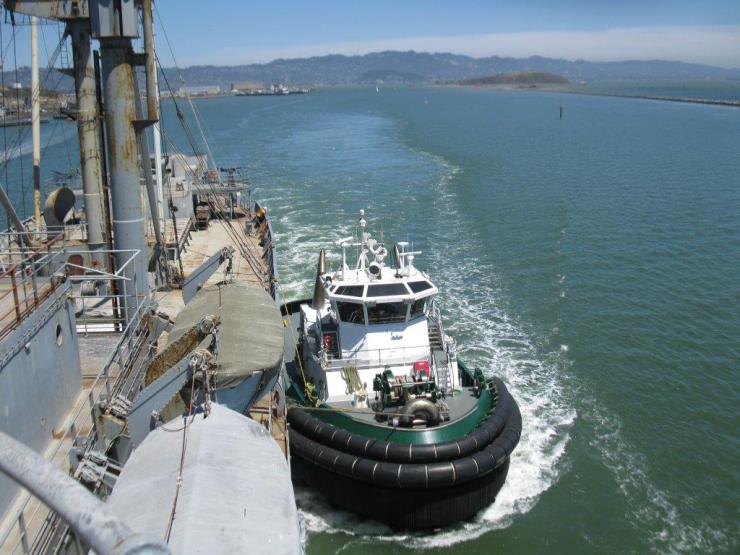 Readers familiar with the Richmond shipyards will recognize in the center background the warehouse that stored provisions for the ships built there. Also visible is the former Ford plant which, when built, assembled Model Ts, but in World War II, built Sherman tanks for the Pacific theater: 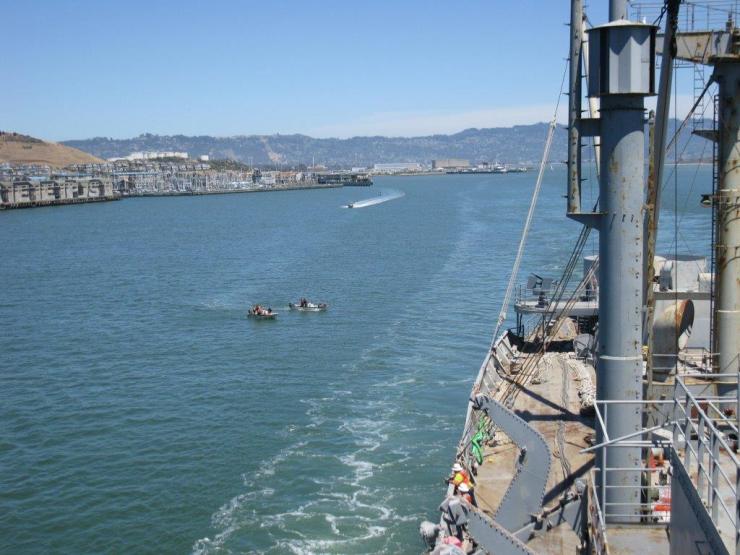 She passed the docks where oil tankers unload for Chevron’s huge Richmond refinery: 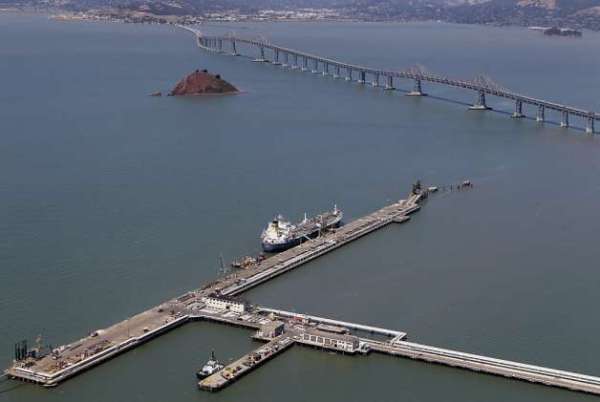 About to pass under the Richmond-San Rafael Bridge: 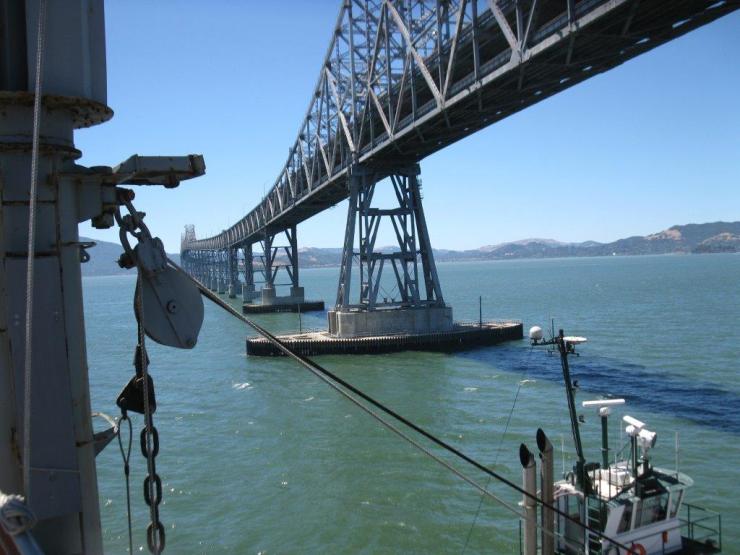 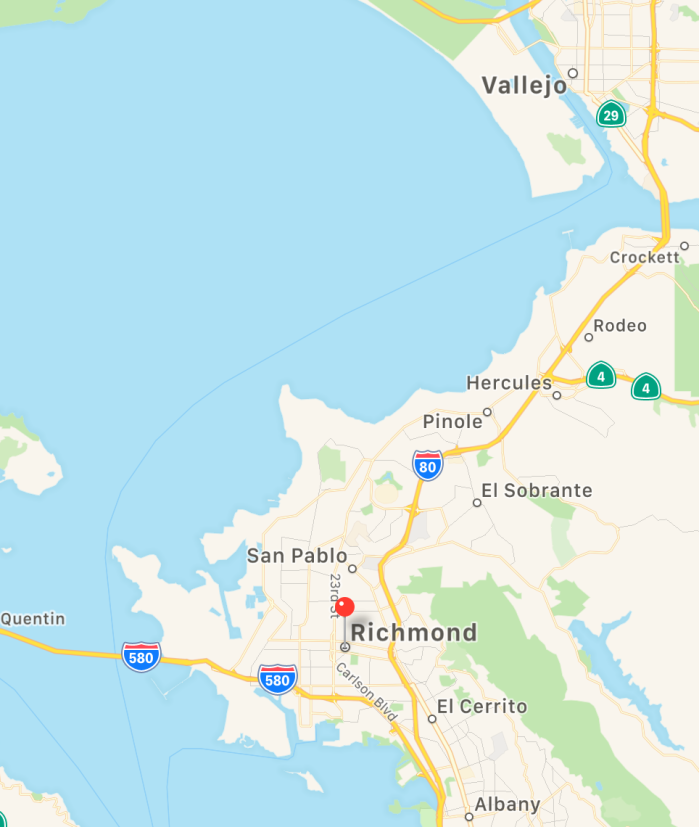 Approaching the bridges over the Carquinez Straight at Vallejo: 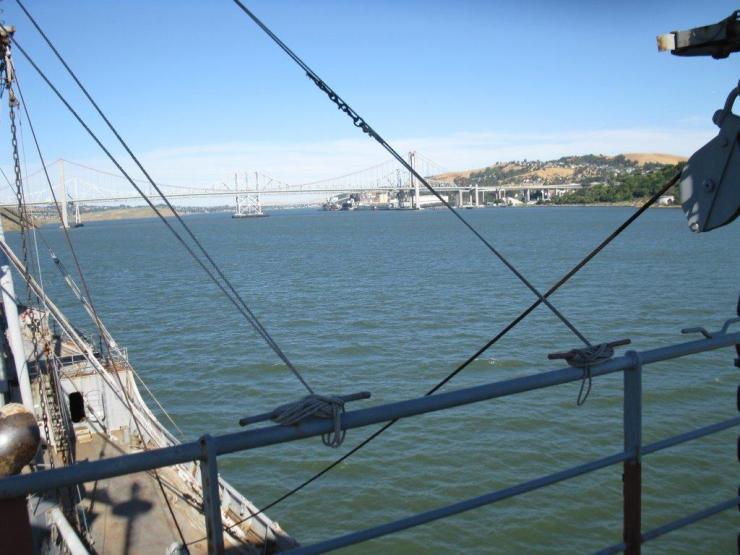 Visible behind the bridges is the C&H Sugar plant in Crockett: 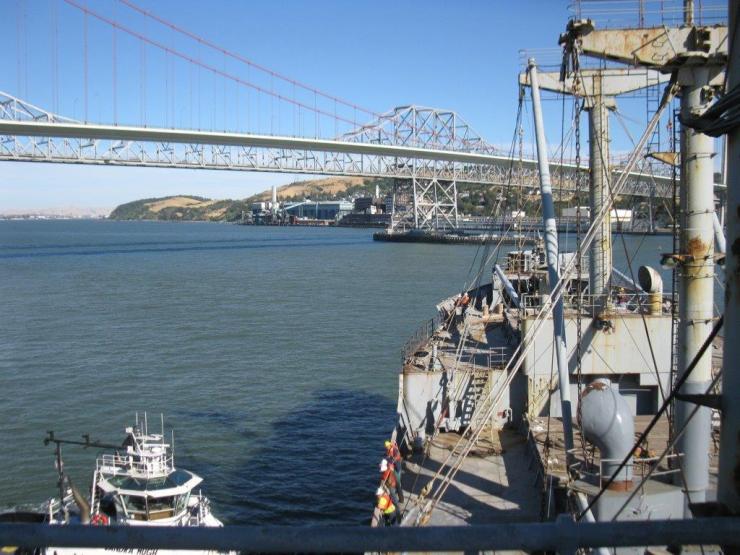 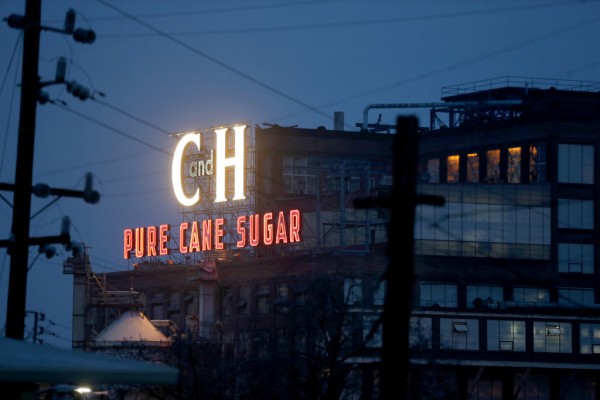 Docked at the California Maritime Academy: 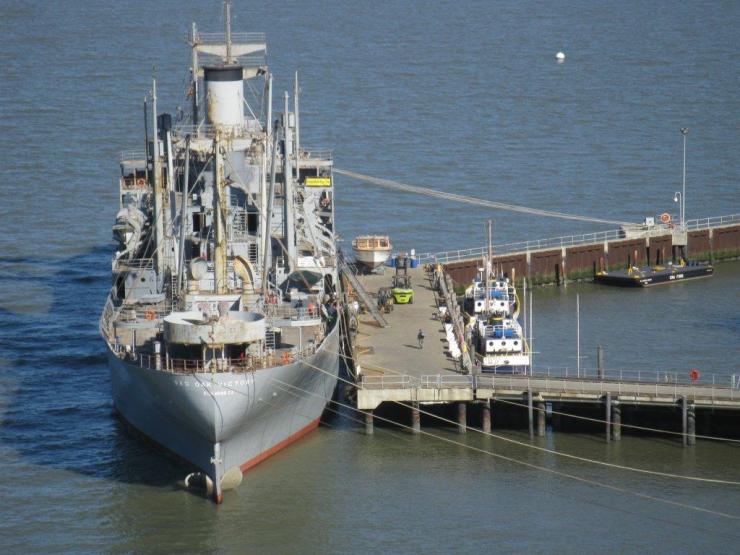 The hills in the distance are Marin County. Not visible, but to the left of the ferry boat seen leaving Vallejo on its way to San Francisco is Richmond from where Red Oak Victory was towed: 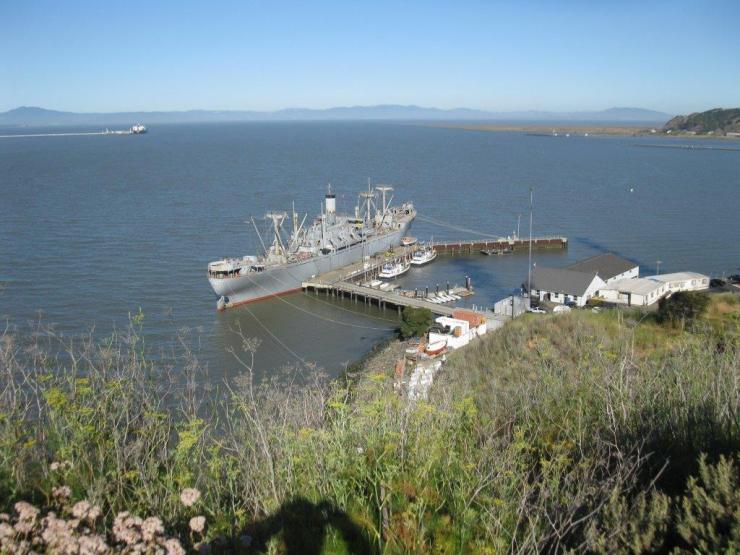 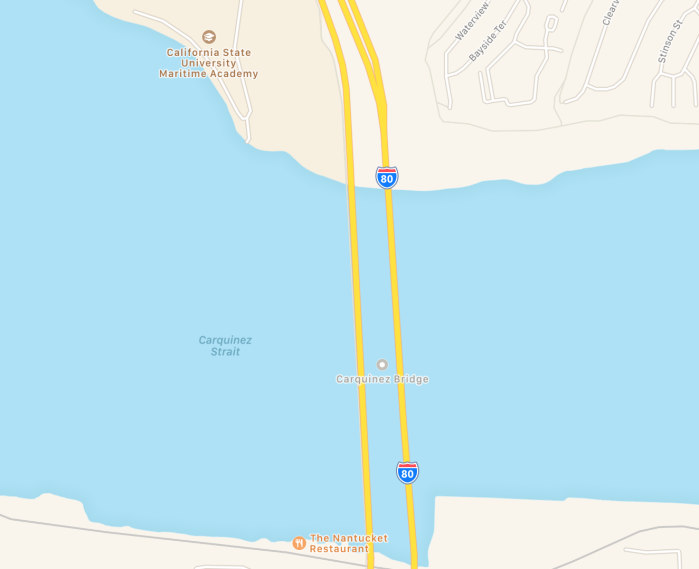 The “Rusty Old Vessel” viewed from Crockett near the landmark Nantucket Restaurant: 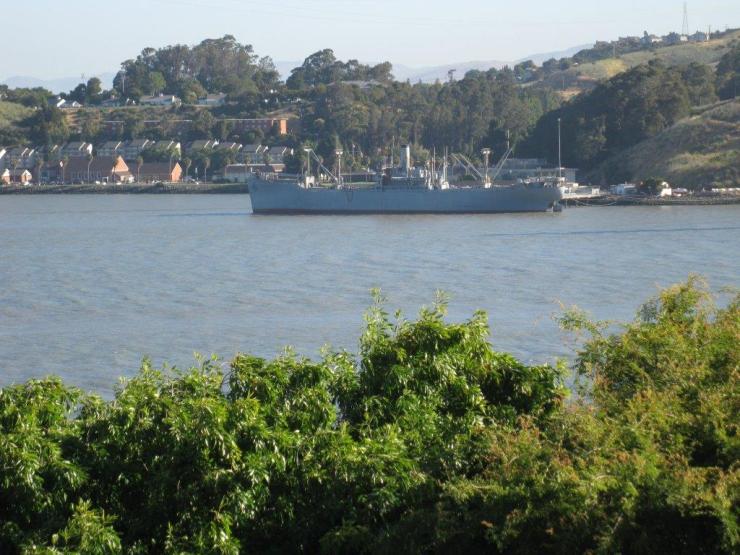 Here’s a 12 minute history of the Victory ships:
Click to play: 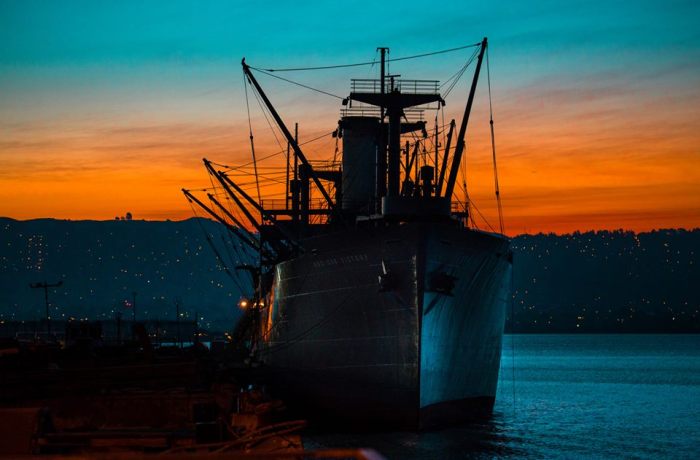